No sleep please, we are clever!

I read a great article today that if I thought it was true would make me feel super fabulous about myself.  The article entitled Research Shows Intelligent People Stay Up Late, Do More Drugs, And Have More Sex was instantly attractive to me as until I became pregnant those things were right up there on the list of things I did to have fun.

I saw the title and instantly clicked on it as being told that you are clever is one of my top five favourite things to hear ( along with you are so funny, I respect your opinion, your bum looks brilliant in that and you are the greatest) The site that I was taken to is called spirit science and metaphysics.   Now spirit science (or anthroposophy) is a spiritual and mystical philosophy based on the teachings of Rudolph Steiner. I have done a bit of research on him, he believed that he had clairvoyant tendencies and had been seeing spirits since he was nine. He was too free thinking to ever complete any of his education.  He was Swiss.  He had crazy eyes.

Now if you have read some of my previous blogs you will know that I come from a religious background.  This means that I am now very suspicious and distrustful of people that try and sell you their own brand of belief system.  For my part when people start going on about contacting the dead I call bull shit on that.

So the source of the article that is going to make me feel super clever is now in question to me.  Never mind, lets get some content in my face and feel great about all of my previous (somewhat self destructive behaviours)

1 Intelligent people are night owls.  ( my synopsis) Apparently our super whizzy brains want us to stay up late and if your kids don’t want to go to bed at bedtime, that’s awesome, let them paint instead.

Hmmmmm, this sounds like a terrible plan.  How will your paint encrusted, exhausted children be able to learn when they are nodding off at their desks? Won’t they all be short and unhealthy, and unable to process the events of the day ( growing, healing and processing all being stuff we do when we are sleeping)  Or are they too clever to need sleep? 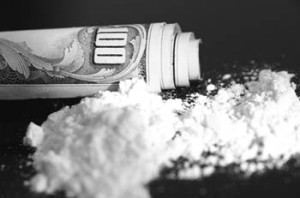 Marvelous!  Great news.  I totally did those drugs.  I also found that with the amphetamines the only way I could sleep was with copious amounts of cannabis. It wasn’t the drugs, it was my super brainy brain! I could have saved myself a fortune!

3 Intelligent people have more sex. (in short) Students at the world most elite universities spent more money on sex toys than other students. (according to Love Honey) sexual morals are made up so if you are clever you don’t care about them and go on a rampant fuck fest to achieve greatness and being the best at boning.

After spending two years of my lie managing and Ann Summers shop I know that sex toys are expensive.  Maybe the reason that students from the most elite universities spent more on sex toys is that they have more money generally, or that they were having less sex with other people and more just with themselves. ( Very few of my customers were buying sex toys for use with partners, we are a nation of furious masturbators)

So sadly, after reading this article, I think I can safely say, that staying up late to give head whilst snorting lines of drugs off of someone else’s bottom, might not actually be a reflection of an IQ so high that you struggle to balance your giant brain on your shoulders.

I think I am going to stay with my current opinion that if your kids don’t want to go to bed at bedtime, they are pushing their luck and don’t want to miss the imagined fun that happens when they go to bed ( kids, most of your folks are watching Corrie, it’s rubbish, you will have more fun in your dreams, I promise).  That people do drugs to self medicate or to block out misery much more than to explore the inner workings of their mind. (I once spent ages being terrified of cows in a road, it was a traffic island.) And that having sex is fun and regardless of your intellect we will all try and smash our genitals together with other people that we fancy.